UP FOR PRESALE IS SUBMITTING TO THE SHERIFF ON AUDIBLE - RELEASE DATE JANUARY 7! 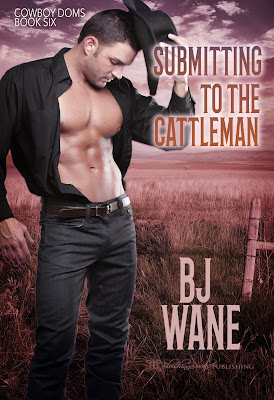 Why does doing the right thing have to be so hard?

Leslie Collins has been asking herself that question ever since her eyewitness testimony in a murder case landed her in the Witness Protection Program far away from everything and everyone she’s ever known. Now, four years later, she struggles with growing despondency over the circumstances that prevent her from forming a relationship. When she allows her loneliness to get the better of her and indulges in a one-night stand, she never dreams her stranger will show up again at the private club she’s stayed away from for a few weeks.

Kurt Wilcox returns home to Montana to help his father recover from a stroke and hopefully mend the rift between them. He doesn’t plan on rescuing a woman from a mugging and ending up succumbing to the loneliness reflected on her face and indulging in a one-night stand. When he meets up with Leslie at his club, he refuses to let her hide her identity or her reasons for inviting a stranger into her home and bed.

Leslie finally caves to his persistence and agrees to an affair that seems promising until she learns her identity has been comprised and an attempt on her life forces out the truth about her past. Will putting her trust in her Dom jeopardize him and his employees when she agrees to his protection, or will Kurt rid her of the threat against her, as he promises, leaving her free to embrace her own happily ever after?

This is book six in the Cowboy Doms series but can be enjoyed as a standalone.

Responsibility. That word had been drilled into Kurt Wilcox’s head his entire life. It was why he found himself moving back to Montana after an eight-year absence and why an inebriated woman he didn’t know, sporting a bruised cheek was sitting in his truck. He didn’t like seeing her face swollen from a would-be mugger’s hit any more than he could sit back and do nothing when he’d spotted her leaving the bar in an obvious effort to hide her looped condition. At least taking the time to perform this good deed offered one benefit; it delayed his return to the family ranch and the father he was not looking forward to sparring with again. Eight years wasn’t long enough to put aside the hurtful accusations he’d finally tired of hearing and had walked away from.

Kurt slid his gaze toward the attractive blonde, glad her eyes were closed, hiding the shadows of desperation in their blue depths. What self-respecting Master wasn’t a sucker for a woman in distress and didn’t want to see to her emotional and physical needs? Just because she tugged on his dominant urges didn’t mean she would welcome his control or anything else though. Besides, he was seeing her safely home, not planning to stay for a one-night-stand, something he hadn’t indulged in since college.

Pulling into the apartment complex just a few blocks from the bar, he cut the engine and nudged her shoulder, eager now to be on his way. No sense in adding complications to his return. There were already enough to overcome as it stood. “Wake up and tell me which apartment is yours.”

She moaned, the throaty purr going straight to his cock as she stretched and arched her back. The soft blue dress cinched around the waist with a narrow belt pulled over the soft, round shape of her breasts, her nipples peaking as he watched. He whipped his eyes up to her face to see hers opening wide, the indefinable need reflected in the blue depths almost painful to see.

“Your apartment number,” he reminded her in a gruff tone.

She looked around as if confused before nodding and pointing out the window. “That one, third from the end.”

“I’ll see you to your door.” Kurt came around to the passenger side and lifted her down, stepping back before she could lean against him. Gripping her elbow, he gritted his teeth when she weaved alongside him as they strode up the sidewalk. He’d taken the time to stop at the bar to delay his long overdue return, but if the hour grew much later, that delay would extend until morning and give the old man one more thing to take him to task for.


But when she opened the door and then hesitated before entering to look up at him with a desolate expression, Kurt refused to leave until he ensured she would be all right, his father’s expectations be damned.


The whispered plea tugged on his conscience even as he was tempted to lecture her about inviting strangers into her home. “Not a good idea, sweetheart, but yes, I will, just long enough to help you put something on your cheek.”


“I know, but sometimes doing the right thing isn’t always the best thing either.”


She turned her face away before he could gauge her meaning. Pressing a hand to her lower back, he nudged her inside, asking, “Are you in some kind of trouble?”


Flipping on a light switch, she shook her head, tossing her purse toward a chair where it bounced and fell to the floor. “No.” She kicked off her shoes and then stubbed her toe against an end table next to a small sofa. “Ow, shit!”


“Sit down before you bruise yourself again.” Grasping her shoulders, he pushed her onto the sofa with a scowl. “What’s your name?”


“Why?” The belligerence behind the suspicion etched on her face amused him.


“I have a newsflash for you. You won’t be any safer now that I’m here by withholding your first name.” Kurt saw the moment the lightbulb went off in her head.


“I guess you’re right. It’s Leslie.” She tried to smile and winced, reaching up to cradle her hand against her puffy cheek.


“I’m Kurt. Do you have an ice pack in the freezer?” He pivoted and took the four steps to the small refrigerator, noticing the sparseness of her living area extended into the compact kitchen.


Leslie’s cute frown tickled him. As far as drunks go, she was pretty easy to tolerate and talk to. “Never mind, this bag of frozen peas will work just as good.” Returning to the sofa, he sat next to her and held the cold vegetable bag against the darkening bruise forming on her face. She flinched but still leaned into him, her eyes conveying an open invitation he was having trouble ignoring the longer he stayed.


“You… you could, maybe take away the… the pain another way.” She pressed one pale hand against his denim-covered cock with a deep inhale, dropping her eyes to his lap.


Kurt clenched his jaw and gripped her delicate wrist, determined not to take advantage of her inebriated state. “You would be sorry come morning and a clearer head.” He tried to remove her hand, but she was stronger than her slender frame indicated. Not wanting to use force, he left her hand there for now and prayed for restraint.


“But not tonight, and that’s all I care about right now.” She squeezed his erection and whispered that damnable word again, this time with an aching catch in her voice that shredded his good intentions. “Please.”