IF ROMANCE AND SEXY, HOT ALPHA MALES ARE YOUR THING, YOU'RE IN THE RIGHT PLACE.

I've been so busy working on the Miami Masters series I haven't had time to post anything new!

Book two, MASTER ME, please, is in editing and still slated for a November 10 release.  I hope to have Jackson's story, MASTERING HER FEAR, wrapped up in a week, but that depends on everyone following my plot and outline-which they usually don't.

In the meantime, here's a teaser from book two, Dax and Krista's story to tide you over-enjoy! 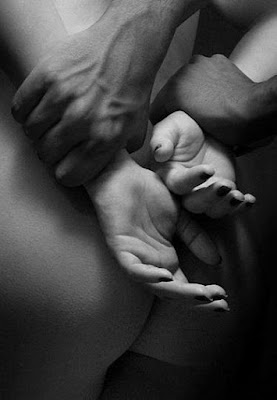 A giggle emerged from her buried face.  “Are you going to charge me for this house call, Doctor?”
“I should,” he returned with a smile she couldn’t see.  The desire to give her what she’d gone looking for tonight overruled his determination to keep his hands off her.  With her rich, mahogany hair spread out over her upper back, her slender body bared before him and her soft skin under his fingertips, how could he leave without tasting the feast before him?  How could he walk away without replacing her bad experience with a more pleasant one?
“Roll over,” he demanded before common sense returned to remind him why this was a bad idea.  She flipped over, unabashed in her nudity as he looked his fill even though her muscles tensed with the wariness reflected in her eyes.  His actions baffled her as much as they worried him.  “Very good, little one.”
And there it was, the pleasure of knowing she pleased him shone in her bright eyes, a look that had been absent until now.  Her nipples rose up, taut and hard, with the areolas puckered around them, giving away her heightened state of excitement brought on by knowing she’d found favor with him. That look sent a deep, painful jolt straight to his groin.  Setting aside the reasons she wasn’t for him, he shifted over her, kept his eyes leveled on hers as he clasped both wrists in one hand and held her arms above her head.  He could make out the frantic beat of her pulse in her neck and feel the contrasting, soft yielding of her body under him. Her breath hitched as he swooped down on her ‘to die for’ mouth, right before her low, weak moan of surrender slipped into his mouth.
Krista’s lips were as soft as Dax remembered when they were wrapped around his cock.  She opened under the demanding pressure of his lips and he surged inside the moist recess of her mouth to possess her tongue.  Sucking on the appendage with deep pulls had her shifting under him until he stilled her restless movements with more of his weight and a sharp bite to her lower lip.  A frustrated groan emerged as he lifted his head, the amber glow emitting from the lamp shedding enough light to catch the raw need shimmering in her eyes.  Dax wondered if she realized, as he did, this was the first time he’d kissed her.  It had been difficult, but the night Kurt invited him to join them, her mouth under his had been the one thing he’d avoided, thinking it would save him grief later.  It hadn’t.  After taking another minute to savor her soft lips clinging to his harder mouth, he pulled back again and wrapped her hands around the headboard slats.
“Don’t let go.”