SUBMITTING TO THE SHERIFF comes out in just 10 days!  I've posted another excerpt to whet your appetite.  In the meantime, those who still love their paperbacks as I do will be glad to know THEIRS TO MASTER & CLAIMING MIA are finally out in print-woo hoo!

I hope you enjoy this short scene between Hunter and Chloe, as well as the rest of this week's blog hop. 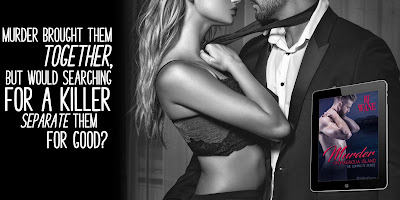 She made an enticing picture with her hose and garters showcasing that world class ass, Hunter reflected.  “Haven’t you learned by now I’m not nice?”  With her pussy lips already damp and swollen, he would be hard pressed himself to hold back.  Reaching into his bag again, he pulled out a short but wide leather spanker, one of his favorite implements.


“You should’ve told me the truth about your intended visit to Magnolia two weeks ago.”  He snapped the strap across her ass, leaving a bright red slash in its wake.  “You definitely shouldn’t have been out on the water with the threat of severe weather.”  That infraction deserved two rapid slashes.  Other than the slight jerking of her body with each stroke, she remained quiet.  “Then you went and got yourself in more trouble by agreeing to a position you knew your bad knee couldn’t handle.  That error was your most egregious mistake.”  He delivered a succession of blows over her buttocks, the snapping leather turning her white skin rosy red.