I've returned to SaturdaySpanks this week with my new release, BOUND TO SUBMIT, book 4 in the Miami Masters series.  I hope you'll be as pleased with Miles and Hope's story as the rest of the series!

“You caught on quick, Hope, but that doesn’t mean I’ll slide on your punishment.”
Both her buttocks and her pussy clenched at the word ‘punishment’ and a frisson of excitement danced under her skin when her mind took her back to another place, another Dom and her first taste of erotic pain.  “But…” she cast a quick look around the small gym then at the door.  “Here?”
With a low laugh that set off a flutter of butterflies in Hope’s abdomen, Miles spun her around, swiped both feet out from under her with one leg and kept one arm braced around her middle as he lowered her on top of the large padded pole.  “Here, and now,” he whispered in her ear as he adjusted her hips over the pugil, leaving her butt propped up.  “Stay where I put you.”  Swiping a hand over her buttocks, he squeezed one cheek.  “We didn’t discuss a safe word last week because that was fun, I didn’t intend any punishment that time.  For now, we’ll stick with the standard red for stopping everything; green, you’re good to continue and yellow for you’re unsure.”
Buy Links:
Blushing Books
Amazon

Enjoy the rest of your blog hopping today! 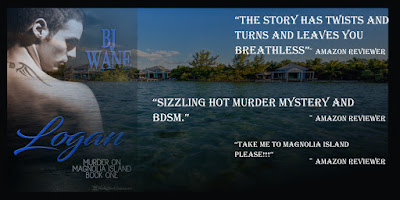