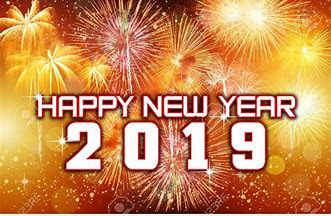 WISHING ALL OF YOU A VERY BLESSED AND HAPPY NEW YEAR!  THANK YOU FOR BEING SUCH LOYAL FANS - I HAVE ENJOYED ALL OF YOUR COMMENTS OVER THE PAST YEAR AND AM LOOKING FORWARD TO THE RELEASE OF MY NEW SERIES, COWBOY DOMS, STARTING WITH SUBMITTING TO THE RANCHER THIS FRIDAY.

I HAVE SEVERAL NEW GUEST POSTS UP SO BE SURE TO TAKE A MOMENT TO CHECK OUT NEW RELEASES BY FELICITY BRANDON, LIBBY CAMPBELL, RAISA GREYWOOD AND ALLYSA BAILEY!

I'LL BE BACK AT THE END OF THE WEEK WITH A SNIPPET ON SATURDAY SPANKS FROM SUBMITTING TO THE RANCHER. 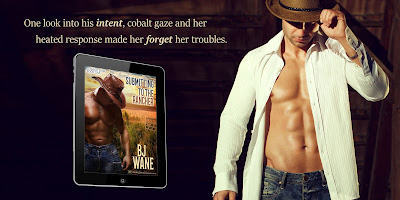 WISHING ALL OF YOU A VERY MERRY CHRISTMAS AND HAPPY NEW YEAR! 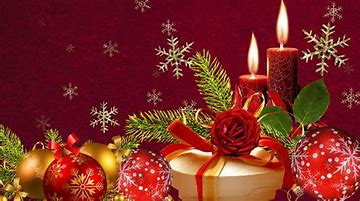 ENJOY THIS SHORT SCENE FROM SUBMITTING TO THE RANCHER OVER THE HOLIDAYS AND WATCH FOR THIS $.99 RELEASE COMING JANUARY 4TH!

AND DON'T FORGET TO VISIT MY GUEST POSTS TO GET YOUR COPY OF LIBBY CAMPBELL'S FREE CHRISTMAS NOVELLA AND TO CHECK OUT RAISA GREYWOOD'S NEW RELEASE!


Caden MacGregor wanted to turn away the cheeky woman he’d caught spying on his club without remorse, but desperation for a cook forced his hand. Sydney proved to be a definite asset to his employees, and a royal pain in his butt. Somehow, her penchant for getting lost and landing in trouble, along with her determination to return to the club as a guest, soon slid past his resistance.


It took a threat to Sydney and unearthing the truth about what made her flee her home in Missouri to force them to admit their feelings and get her to stay as more than his cook.


Publisher’s Note: This contemporary western romance is intended for adults only and contains themes of mystery, suspense, power exchange, ménage and adult themes. If any of these offend you, please do not purchase.
SCENE

“Uh, oh.” Sydney took her eyes off the enormous cow who didn’t look happy with her and cast a quick glance toward the sound of approaching riders. She winced when she recognized the Dunbar brothers coming to her rescue. Caden was not going to be happy with her. Again.
Was it her fault she’d been daydreaming about her boss and ended up completely turned around? No, her mistake was in thinking she could just retrace her steps and find herself close to the house. Oops. The ‘bigger than life’ cow had charged out of nowhere, snorting his displeasure and shaking his massive head at her as if to say, how dare you trod on my turf! He couldn’t even be bribed into a friendlier attitude with a sugar cube she’d been saving for Daisy, the little mare she’d grown fond of.
Thank goodness her cowboys knew what they were doing. Caden came trotting up behind her while Connor rode between her and the cranky cow, his horse herding the heifer away from them as Caden leaned over and scooped her up with one hard arm around her waist. Her relief at their timely rescue changed to startled, breath-stopping unease when she found herself lying face-down in front of him and the grassy ground shifting in dizzying circles below her.
Before she could get her bearings, he swatted her wiggling backside hard enough to feel the discomfort and burn through her jeans. “What… oh!” The next smack cut off her complaint, the dull ache and warmth spreading to her quivering pussy rendering her mute with astonishment.
“I’m spanking some sense into you,” Caden growled, delivering one more slap before shifting her upright and leaving her sitting sideways as he nudged his horse back into a trot.
Sydney was too stunned from her body’s response to what should have been a humiliating set-down to wonder much what Connor meant when he pulled alongside them and, after one look at her face, called over with humor lacing his voice, “I think you lost that gamble, brother.”
The rumble of Caden’s low-voiced swearing vibrated against her shivering frame, and she enjoyed his frustration as much as she was shocked by the low-level arousal those few swats generated. She couldn’t even find it in her to be embarrassed from Connor witnessing his brother’s actions. With a wave, Connor took off ahead of them and Sydney braved a look up at her boss’ handsome, rugged face, exasperation swirling in his cobalt eyes.
“I can explain,” she offered.
“Really. How?” he mocked.
“I intended to stay within sight of the barns, but… got distracted and then turned around.” She wasn’t about to tell him she’d been fantasizing about being spanked and then fucked by him. He may fire her over such an infraction. As much as she missed her family, she was stuck here until she came up with a plan to return home and keep Uncle Mike and his desperate actions from hurting her grandmother and uncles.
“And, why didn’t you call this time?”
She looked away from those probing eyes that saw too much. Her lack of funds didn’t allow for her to add minutes to the pre-paid cell phone she’d been using since fleeing Missouri. She couldn’t reveal that without raising his suspicions about her even more than her refusal to tell him why she didn’t have insurance to charge for the medical bill the other day.
“I don’t carry it with me around the ranch.” She shrugged. “I didn’t think I needed to.”
“And now you know otherwise. You’re disrupting my work with your irresponsibility,” he chastised her as they neared the barns.
“If you would teach me to ride, like you promised, I would have something to do in the afternoons,” she argued in defense despite finding it difficult to concentrate on what he was saying while being held snug against him, his cock pressed against her thigh, her butt still tingling from those swats. Even the girls were on board, her nipples puckering into tight nubs.
“Maybe I’d have time if I wasn’t constantly riding to your rescue.” Caden dismounted at the barn and lifted her down. With his hat pulled low over his forehead, she could barely see his eyes, but his tight jaw told her she shouldn’t risk pushing him further today.
“I should see to dinner. Thanks for the ride, boss.” Her buttocks clenched when she felt his eyes on her as she strode across the lawn to the house, making her wonder what her response would be if he were to slap her bare butt. Just the thought drew a shiver down her spine and a heated throb between her legs. She bemoaned the desperate state stress and loneliness forced on her and despaired ever getting out of.