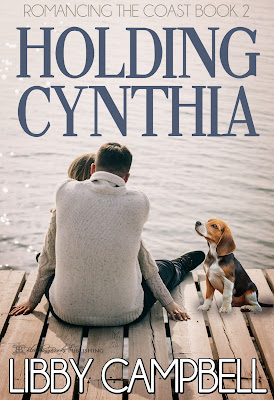 Cynthia has spent her entire life preparing for the future. Now he’s standing right in front of her.  ‘My name is Antony. You may call me sir.’

Cynthia is about to move to the West Coast to be closer her daughter. As her plane touches down in her new city, she steels herself to cope on her own. When she finds Antony waiting at the arrivals gate, a wave of gratitude and desire floods through her.

A lifetime of independence hasn’t prepared Cynthia for a submissive role in a relationship. She craves love, romance, and someone to share sunsets. But deep down she believes her dreams are out of her reach. Worse, they are a betrayal of her feminist principles. That’s fine: indomitable, handsome Antony will wait.

She is tired and aching beyond all memory so Antony takes charge. Very quickly, he realizes there is something wrong, very wrong, with Cynthia’s health. He insists that she see a doctor.

She says he is overprotective. He agrees. He is also determined to look after her if she won’t look after herself. A trip over his knee shakes Cynthia to the core. In spite of herself she likes – she wants – this loving correction. More importantly, she agrees that he may be right about seeing a doctor.

Is Antony too much, too soon, or is he just what the doctor ordered?

Excerpt 1
Antony pulled his hand back and crossed his arms over his chest. “And when I dropped you at the massage center, what did I say?”
“You said I could call you for a ride home.”
“No, I told you to call me.”
“Told, asked. Same difference.”
“You may be a whiz at French, but you obviously need a few lessons in the English language. When I tell you to do something, it’s not multiple choice, pick the most appealing option. It’s an order, pure and simple. Do you understand?”
“Yes, I get what you’re saying.”
“And when you fail to obey me, there will be consequences. I want that clearly understood.”
“Con-se-quences,” Cynthia said the word slowly, pronouncing the se syllable as say, as if she were speaking French. She dragged it out to delay answering. “Would you care to elaborate?”
“Remember when I warned you that last night’s smack might just be a starter if you didn’t behave?”
She nodded.
“I wasn’t kidding. When you fail to look after yourself, I will spank you.”
His words hung in the air between them like a sudden frost.
Her mouth was chalk dry. “Spank me?”
“Yes, spank you. Bare your bottom and turn you over my knee. I want to keep seeing you. I want to see you well, managing your health sensibly. Obviously you’re forgotten how to do that over the years and you need some supervision. My supervision. And when you disobey me, I will punish you in the good, old-fashioned way. Do you understand?” His voice was level, calm. Most of all it was authoritative.
“What? You think I’m going to just submit to that?” Even as she asked the question her pussy clenched with desire and her fingers itched to touch him, to say yes with caresses. She wanted her body to consent so she wouldn’t have to say the words out loud.
“That is exactly what I think, Cindy.” He emphasized Cindy in a way that said he was going to use that name affectionately and proprietarily whether she agreed or not. He was telling her what the conditions of seeing him would be as if he sensed, quite rightly, that this was what she wanted.

Don’t miss these other great books from Libby Campbell and Blushing Books:

Simon Says, Winning Sadie, and Sadie Says I Do.

Winning Sadie is also available as an audio book from Audible. Buy it here.

Libby Campbell writes in the bay window of her mock-Tudor home. Her muse is fueled by coffee, chocolate, and many cups of fragrant tea. Libby and her leading man share a love of hiking, beach walks, road trips, and an occasional night of dancing. They live in a leafy, seaside neighborhood on a rocky Canadian island.

Libby savors her evening bubble baths where she sings along to her favorite music, safe in the knowledge that no one can hear her. She loves all animals, but particularly small dogs with big attitudes and big ones who think they are lap dogs. A woman for all seasons, Libby is happy cuddling in front of a winter fire, watching a summer sunset, listening to birds in the spring, and walking in the autumn rain.

Optimistic by nature, Libby wants a solid HEA in her reading and her writing. She writes the stories she wants to read. To see what she’s working on now, or how she formed her earlier novels, visit her Pinterest boards where she pins pictures that inspire her characters and their worlds.