Welcome to my first participation in
Saturday Spanks 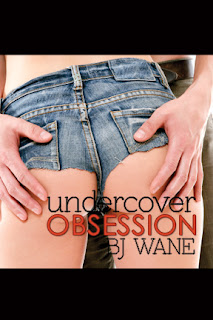 "The storyline is captivating as are the characters.  This story is filled with passion and so much fun.  I loved it when Piper misbehaved and Brody had to discipline her.  The dialog was snappy, funny and believe me, extremely sexy.
The Romance Reviews

Piper Winters first met Brody Pearce when he accompanied her adoptive father, Charles Sandoval, to visit her in Geneva where she went to school.  Knowing a man as sexy and enigmatic as him wouldn’t be interested in an overweight, shy college kid didn’t keep her body from responding every time he was near or her fantasies from dominating her long, lonely nights.  When Brody arrives without Charles the weekend of her graduation, Piper lets yet another disappointment from Charles overrule her common sense and seduces Brody into spending the night with her.  When Brody leaves abruptly the next morning after receiving a phone call that raised her suspicions, Piper decides she’s had enough evasiveness and subterfuge from both Charles and Brody and sets out to confront them both.  But when she arrives in Atlantic City and spies on the private party Charles is hosting at his casino, she learns more about her father and Brody than she wanted to know.

For five years Brody tried to forget the shock of seeing Piper witnessing the assassination attempt on Charles Sandoval, the man he was working undercover for in an attempt to use his alleged connection to notorious drug lord, Antony Pasquino, in order to bring Pasquino’s organization down.  He had also tried, and failed, to forget the one night he had her soft body next to him and her eager response to the hard slaps he had landed on her lush ass.  When he hears she’s missing, both Brody and his partner, Ian, rush to Missouri in search of her only to be shocked to find her in her bed, her body suffering the effects of a powerful aphrodisiac.  Over the next week, Brody and Ian use every means necessary to rein in Piper’s independent, feisty nature in order to keep her safe from the escalating threats aimed at her.   Unfortunately, the sexual discipline they subject her to is met with her wholehearted enthusiasm for everything they dished out, making it impossible for Brody to keep doing the right thing by her until he knew if Charles Sandoval was dead for sure and no longer integral to their case against Pasquino.

Nothing is as it seems in Missouri or at the Empire Casino, but Brody wasn’t going to let that stop him this time from going after the only woman who was a perfect match for him.

I hope you enjoy this short sneak peak

Struggling to get off his lap, she demanded, "Let me go, Brody.  You're not doing this."
Clamping one arm across her lower back, he pinned her kicking legs with his leg and brought his other hand down in a resounding smack on her right, wriggling buttock.  “It looks like I am,” he stated calmly even though the sight of that lush ass clenching tightly had his dick thickening painfully already.  Another smack landed on her left cheek followed by one right in the middle.  “Be still or this’ll take longer.  Although, I know Ian won’t mind watching our little scene.”
At the mention of the other man, Piper stilled, but not out of worry about being seen.