A GIFT FOR THE COMMANDER

Sara Fields is visiting with an excerpt from her new release, A Gift For The Commander.  Check out the hot spanking scene she's sharing! 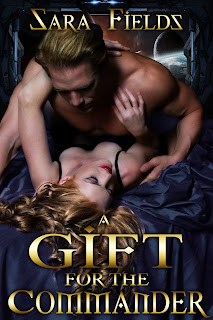 Though Olivia is grateful to be alive after she is rescued from a terrible tyrant and brought to the planet Terranovum, she is none too pleased when she learns that she is to be auctioned as a slave to the highest bidder. But before she can be sold, she must be trained, and the man who will train her is none other than the commander of the king’s army.

Wes has tamed many human slaves and when Olivia resists his efforts to bathe her in preparation for her initial inspection, he strips the beautiful, feisty girl bare and spanks her soundly. The stern chastisement leaves Olivia tearful and repentant yet undeniably aroused, and Wes starts her lessons in submission by making her beg him shamefully for the release her body needs so badly.

Once she has been thoroughly and intimately examined, Olivia’s training begins in earnest, and Wes takes her to his bed to teach her what it means to surrender her body to a dominant man. But try as he might, he cannot bring himself to see Olivia as just another slave. She touches his heart in a way he thought nothing could, and with each passing day he grows more certain that he must claim her as his own. But with war breaking out across Terranovum, can Wes protect both his world and his woman?

“You know me well already. If I have my way, this gorgeous bottom of yours will always be a pretty shade of red. What do you think of that?”
“Wes!”
“Nope, I don’t think that’s how you’re supposed to refer to me now, is it?”
“Owww! It hurts!”
“It’s a spanking. It’s supposed to hurt.”
His hand felt like a paddle, it was so large that it covered an entire side of her bottom with every swat. Her blood began to boil, the pain of his spanks igniting something deep in her core. She panted and whined as he continued her punishment.
“Wes, please!”
“Do I need a paddle to remind you what the correct way to address me is, Olivia?”
“No! No paddle, please, master!”
The spanks lighting her bottom on fire suddenly stopped, and his finger lingered on the space between her thighs. She groaned as his fingers glided over her obvious arousal, and she gasped when his hand clapped over her pussy in a mark of ownership that heated her body to new levels. The sound of his palm slapping against her dampness caused her entire body to flush in embarrassment. Wes smiled darkly as he pulled his hand away, leaving her breathy and wanting more, even after the events of the morning they had just shared. 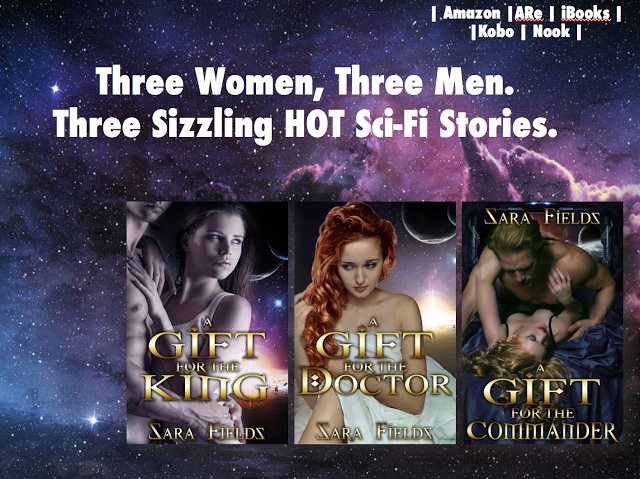