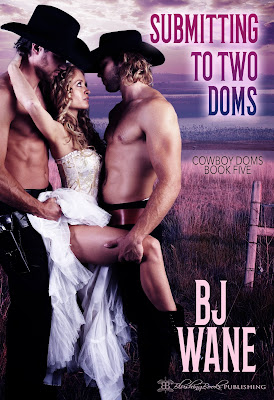 
Kelsey jerked at hearing Greg’s disgruntled voice behind her. Picturing his view of her exposed, red butt and the placement of his friend’s thumb brought on a wave of excitement that left her shaken in a whole new way as she thrilled to being the object of both men’s attention. Granted, it was angry notice they were giving her, but she would take what she could get if these rioting sensations were her reward.
Posted by BJ Wane at 8:53 AM