Welcome to another week of sizzling Saturday Spankings.  Today I'm sharing a few lines from my new release, RYDER, MURDER ON MAGNOLIA ISLAND, BOOK 3.  If you've been waiting to start the trilogy until all three books were out, now's your chance to get LOGAN, book one for just $.99! 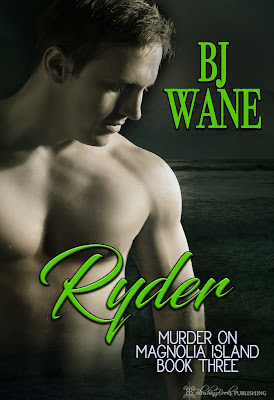 She desired him for two years, but never imagined the depths he could take her to.  Was it just sex, or would a killer’s threat prove it was much more?

BLURB:
Jada Michaels had been lusting after Detective Ryder Lemaster for two years, but failed to get more than a passing nod from him at the police station. Then an opportunity arises to further her career by investigating the murder case of a friend of Ryder’s on the sly. After he tries to dissuade her by making a bet and losing, Jada agrees to let Ryder tutor her in sexual submissiveness in order to attend a private party with all the suspects invited as guests.
Ryder had struggled against his attraction to Jada because he could’ve sworn the IT technician didn’t possess a submissive bone in her sleek, well-toned body. To his astonishment, and hers, she responded without fail to every hard slap and every dominate sexual demand. But after losing his wife to cancer, he swore off relationships and refused to let his need for Jada go any further than their short foray into the investigation. It took seeing another man come on to her and a risk to her life to open his eyes to what had been right before him all along.
As the murderer is revealed and secrets on Magnolia Island unearthed, the Lemaster men and their women have come to grips with the betrayals surrounding them.
DISCLAIMER: This book is intended for adults only. It contains elements of power exchange, BDSM, and explicit sexual scenes. If any of these offend you, please do not purchase this book.
My eight sentence snippet:
“All you have to do is put your hands down and we’ll end this.”  He caressed her quivering buttocks.
“You mean end my only chance to prove myself.  Forget it, do your worst.”
“Oh, it’s not smart to bait an enraged tiger, sweetheart.  Lucky for you, my worst can’t be performed out here.  But this can.”

Ryder cracked his palm against her right buttock then squeezed the offending mark before delivering a blistering slap on the left, her small cry echoing down the dark back street making Jada cringe.  The quick flare of heat encompassing her cheeks morphed into the sweetest pulse of pleasure she could ever recall feeling.

There's more-check out the rest of this week's posts!