TUESDAY GUEST BLOG - Another two for one special today hosting Allison West with her book, LITTLE PRIM AND PROPER, and Susannah Shannon with her new release, RENDERED. When Kathryn Arrington is kidnapped from the streets of Victorian England, and forcefully taken against her will, all she can do is go along with what is required of her at the Academy of Submission, until she can plan her escape.
Being dressed and treated as a little is tedious work.
When Mr. August Sanders visits the academy in search of a little bride, he sets his eyes on the alluring Miss Kathryn. Desiring her to be his little Kat, August declares he wishes to purchase her outright, for the intention of marriage. She hastily agrees so that she might leave with him. Perhaps she will find a better life away from the care of her strict nanny and the despicable Mr. Edwin.
What Kathryn hopes is a fresh start turns out to be a constant reminder of those she left behind at the academy. With the threat of harm to her family looming overhead, she must find it in herself to trust August.
Little Prim and Proper contains elements of age play, anal play, spanking, and graphic sex.
Available now from
Amazon
Barnes and Noble
Blushing Books


The gas lamp nearest the station flickered and fizzled out, basking the station in pure darkness. “What the blazes?” she said, standing and stumbling as her eyes had not yet adjusted to the newfound darkness.


From the opposite side of the platform, a dark figure basked in the shadows of night jumped the tracks. Kathryn could not tell if it was a man or an animal, the way it moved with stealthy precision. She stumbled away from the bench and back several feet before she felt a warm set of arms cover her mouth and grip her waist, pulling forcefully against her.


She tried to scream, to shout at him to get away from her, but the words could not find her lips, his thick palm forcing her to just remember to breathe as he covered her lips and nose. Kathryn kicked and flailed, the second man, further restraining her form. A needle pierced the skin of her neck, as the second man sedated her, forcing her body to go rigid and unable to fight back. Paralyzed, they carried Kathryn from the train to their carriage waiting just a few meters away. The drug they had injected her with made it impossible to fight back, but her mind had not been clouded or darkened. Fear swept through her insides, forcing her heart to race and her stomach to churn.
About the Author
Allison West is a #1 International Best-Selling Author in BDSM, Science Fiction, Victorian, and Historical Erotica. She also writes young adult novels under the name Ruth Silver.
Allison West has been inventing worlds and writing stories for years. Her favorite novels are those that leave a lasting impression, long after the final page is read. You can find more about Allison on Facebook, Twitter, and her blog “Spanking Author.” http://spankingauthor.com
SIGN UP for Blushing Book’s Newsletter for special sales, free books and the latest releases from your new favorite authors. Just copy and paste the following link into your web browser: http://goo.gl/sR1NKn
Don’t miss these exciting titles by Allison West and Blushing Books!

AND NOW FOR SUSANNAH'S SNEAK PEAK! 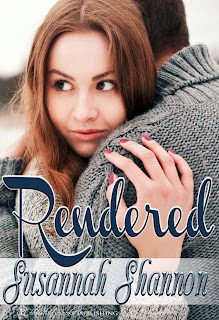 "Note to self," thought Cass, "Spanx don't protect you from spanks...."
Cass and her beloved Killian are in Chicago filming her new cooking show. Being the star of her own TV show does not keep Cass Harper-Nelson from being herself which means she flies by the seat of her (often rather toasty) pants. Her wit and down-to-earth manner has her making new friends and embracing a former enemy when she goes head to head with an adversary from her past.
How does a conflicted, feisty submissive embrace all that life has to offer while dueling with Men’s Rights Activists? Trust her loving husband to make sure the beloved cook learns what happens when you jump out of the frying pan into the fire.
Friends from Slick Trench, Alaska, visit and a new venture is embraced. Rendered features all the love, heat, belly laughs and scrumptious recipes that are a feature of the Cass series.
DISCLAIMER: This book contains the spanking of adult women.
https://www.amazon.com/Susannah-Shannon/e/B01BRUE3ZE/ref=dp_byline_cont_ebooks_1
Excerpt
Cass Harper-Nelson was beginning to relax. Her first national talk show was going swimmingly. She had been made up until she looked like a much prettier woman than she actually was. She had established a rapport with the earnest hipster interviewer. It helped that her topic, How to Plan a Wedding and Not Lose Your Goddamned Mind, was one that she was conversant with.
The secret was managing your expectations. Somewhere along the line, she reassured Evan, the handsome young host, forcing herself to make eye contact with his horn rimmed glasses, brides were sold a bill of goods. Time to snap out of the matrix. Zero need to offer a vast cocktail hour with multitudinous appetizer choices, unless you are going for a flat out cocktail reception. Guests do not need thirty-seven choices of entrée unless your last names are Baskin and Robbins. Wedding cake is cake—it is; therefore, dessert. There is no reason to spend a fortune on an elaborate cake and also serve chocolate fondue and meringue swans.
The cue music that her time was ending softly chimed.
“So,” her host concluded as the camera panned to the next guest who was patiently waiting in the wings, “you don't need to serve endless courses.”
Cass was on a roll now, so she threw her last joke in. Which is why viewers saw Ms. Sarah Huntley, body image advocate and recent victim of online “fat shaming,” and heard Cass’s voice say, “That’s right, everybody is too too fat anyway.”
The, “Oh my God. I didn't mean that. I don’t mean you. You are lovely, really pretty, in fact. It was a joke,” was recorded as well. Evan motioned the newer guest onto the couch.
Cass felt like the coyote in cartoons as he launches himself over a cliff and then desperately attempts to backpedal his way back onto terra firma.
Author Bio
I live in the American Midwest with my family. I write romances that are funny (well, I try). I love the inner conflict of a smart, modern, independent woman who longs to submit to that one special man.
Thanks so much for joining me ladies!